There has been a settlement around the site of North Waltham since Roman times, with the main Roman road from Winchester to Silchester running to the southeast of the Parish, Roman villa lying towards the northwest near Steventon, and the word “Waltham” being early Anglo-Saxon for “clearing in the woodland”. After the Romans left England in 410AD, the evidence hints that the small community on the Roman road, near the current site of the Wheatsheaf Inn, moved towards the pond as the climate got drier.

In 909AD, the Anglo-Saxon king Edward the Elder gifted the manor of “Wealtham” to the Bishop of Winchester, but the manor did not get a mention in the Doomsday of 1066. However, under the name of North Waltham, to distinguish it from Bishop’s Waltham, the manor features in the annual pipe rolls that recorded the income of the Bishops of Winchester throughout the Middle Ages.

Following the Civil War, the manor was taken from the Bishop of Winchester in 1648. Even though it was restored to the Bishop under Charles II, it was leased to John Yate and sold to John Batchelor in 1772. During this period, the population doubled from 150 and continued to rise until the mid-19th Century reaching 500 in 1850 as food production rose and infant death rates fell. 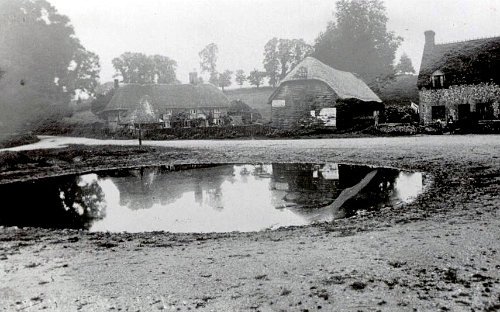 With the mechanisation of farming and cheap wheat imports from the Americas reducing employment in agriculture, the population of North Waltham started to fall, and many of the old cottages fell into disrepair. In the 1930s, the rector, Charles Hall, got many of the dilapidated buildings condemned, with new council houses being built in Coldharbour and then, after WWII, Cuckoo Close.

The manor was split up in 1953, and with the sale of Manor Farm in 1964, several plots were offered up for development. The arrival of utilities, electricity, water and sewage resulted in new housing being built in St Michael’s Close, Mary Lane, Elizabethan Rise and most recently, the Meads and Barley View. Over 250 houses were built, and the population grew to over 900. 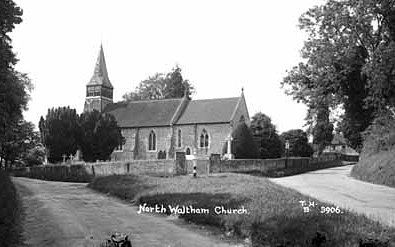 St Michael’s is a Norman church in origin, but following its collapse in the mid 19th Century, only half of the north arcade survives. Extended and rebuilt in 1865/6, the chancel has a set of windows showing the Gothic style’s development from lancet through to perpendicular.

The current school building opened in 1873, replacing the earlier national school, which was little more than a shed next to the teacher’s house. Though numbers fell to a low of 20 in the mid-1960s, the closure of the schools in Steventon and Dummer and the increase in North Waltham’s population, the school has continued to grow and has added five new classrooms. 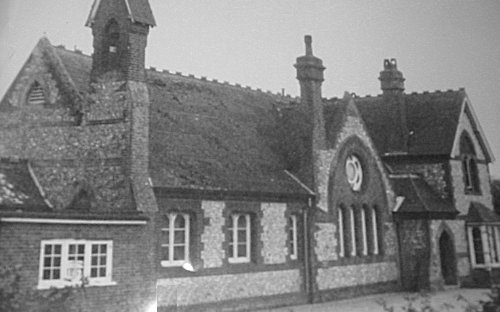 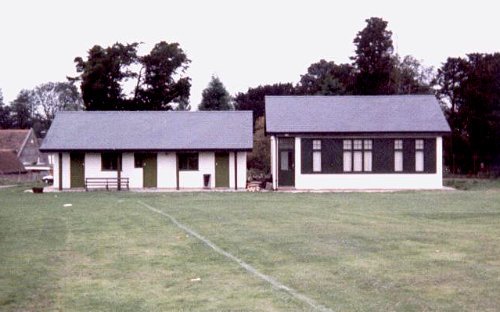 Cuckoo Meadow was given to the village by William Rathbone Senior when he sold the manor in 1953. Housing the preschool, the Rathbone Pavilion is the cultural hub of the village and is managed by the Village Trust.

North Waltham is centred around the village pond and has been since its earliest beginnings. Here you will find Batchelors, a farmhouse from 1500, Blake Cottage from circa 1640 and its Georgian replacement, Grayshott. There is also the Old Post House and the relatively new shop from 1965. 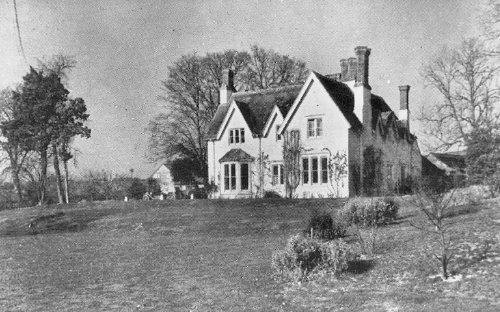 On Yew Tree Lane, you will find Rose Cottage, dating from 1460, Walnut Cottage from the mid-16th Century, and Hook and Hatchet, a former alehouse from 1822. Opposite this is one of the three early Victorian mansions, the Rathbone seat from 1945-53. His bailiff lived in the Manor House on Overton Road and the rector in Boundary House.

On the edge of the village is The Fox, a 19c terrace now a pub and restaurant. At the junction with the A30 is The Wheatsheaf, a coaching inn from 17c with Georgian and modern extensions, while further along the A30 is The Sun.

To ensure your enquiry reaches the right person, please select the most relevant option form the Contact... dropdown menu:

Subscribe to our weekly Newsletter to receive regular updates from the village and local community.

You have Successfully Subscribed!